“Hey, let’s use the Pilot Passport in the AOPA app after we depart AirVenture,” I said to colleague and social media manager Kevin Cortes. “I bet I can check in to more airports than you!”

With the gauntlet thrown down, I punched up Wittman Regional Airport and earned my Wittman Field 2019 badge before we pushed our yellow Cessna 172 toward the Oshkosh, Wisconsin, flight line.

The 32-page notice to airmen had specific departure instructions for frequencies, runway choices, and headings, so Cortes punched the numbers into our radios while I taxied toward a midfield Runway 18 Right departure. We were delighted to hold short on a taxiway that afforded a closeup of a squadron of several military jet departures as “The World’s Busiest Control Tower” kicked into high gear July 28. The earth shook our yellow bird as a McDonnell Douglas F–15 Eagle, a Boeing F/A–18 Hornet, a Lockheed Martin F–22 Raptor, and a Fairchild Republic A–10 Thunderbolt thundered past our windscreen just yards away. 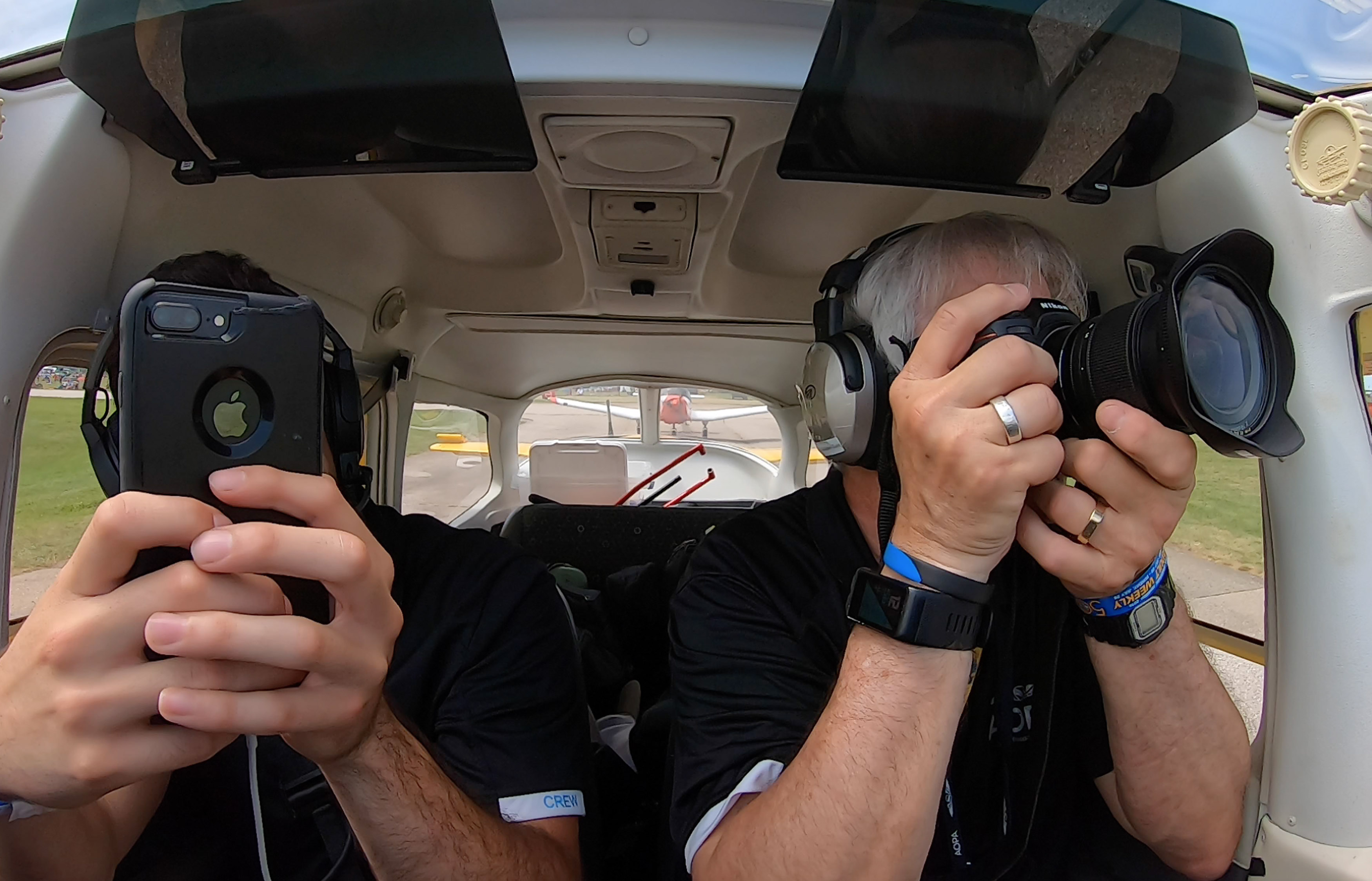 “Cool!” exclaimed Cortes. “Man, this is awesome,” I agreed, and then it got even better—we were instructed to "take off following the twin Beech" belonging to airshow performer Matt Younkin! Cortes busily snapped photos while I followed the black-and-red Model 18 into the air and headed south toward our fuel stop in Waukegan, Illinois, just shy of Chicago.

We kept our eyes peeled for traffic, and the airwaves began to thin out as Waukegan came into sight. A brisk southwest wind made for a challenging arrival, and we could tell that weather would soon be moving in behind us. With the Chicago shoreline in mind, we turned on the point of view cameras after topping off our tanks with reasonably priced fuel and downed a delicious chocolate chip cookie. 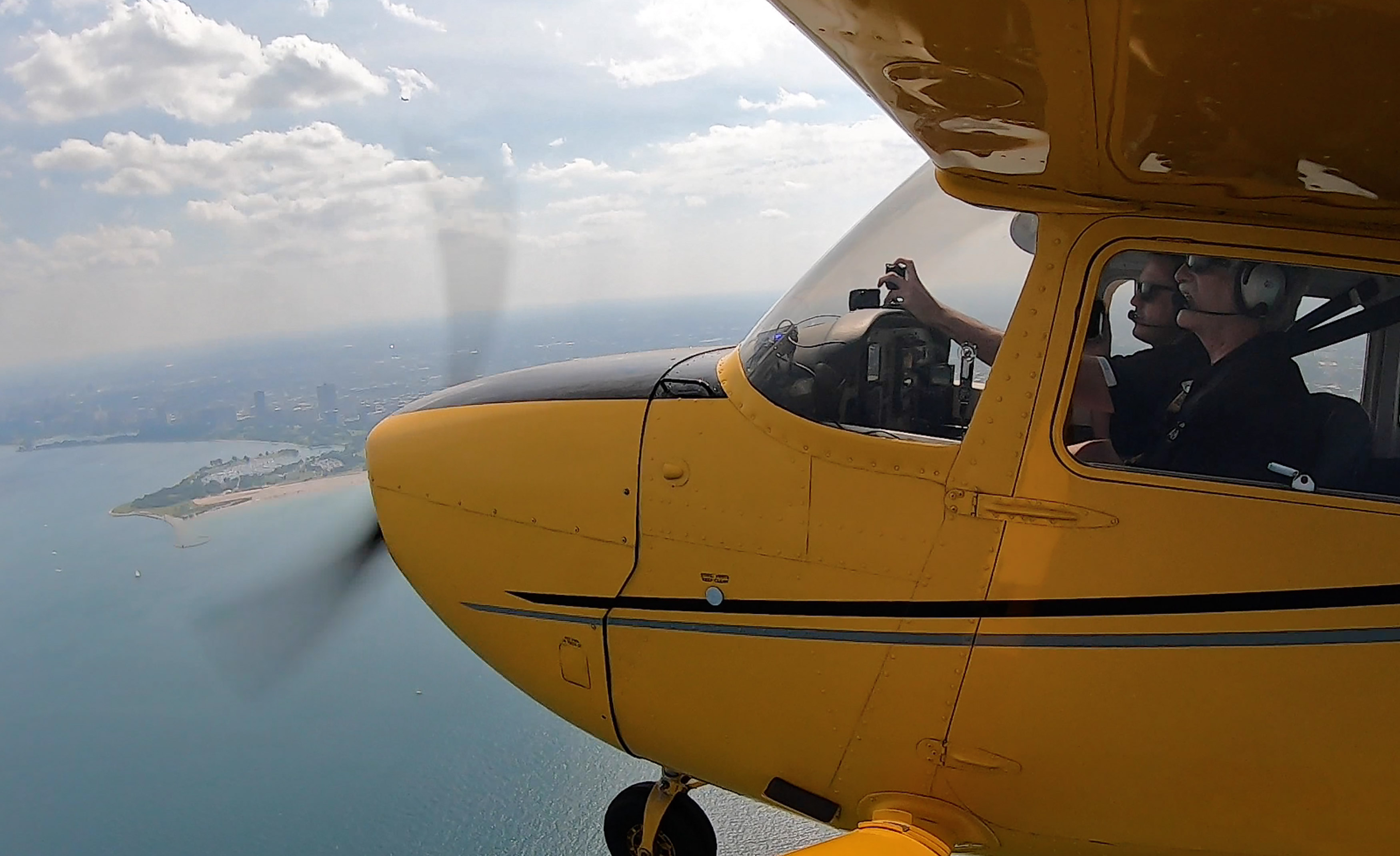 Sporting new shades and a windblown hairstyle, I remembered to check in at Waukegan National Airportwith a selfie photo before climbing out over Lake Michigan and setting up for Chicago’s VFR corridor. The water was crystal clear from our 2,000-foot altitude as the Bahai Temple passed under our right wing. It’s a great landmark on the north side to set you up for a Windy City tour. The Navy Pier jutting into the lake on the south side bookmarks the route. I also waypointed the LAIRD intersection just offshore to keep us safely away from the Class B airspace shared by multiple Chicago airports.

Pilots flying this route should remain extra vigilant for commercial and general aviation traffic in the busy corridor. We had VFR flight advisories from center so the afternoon Major League Baseball game between the Chicago White Sox and the Minnesota Twins wasn’t a factor.

Cortes nailed a sweet frame of the Chicago skyline as skyscrapers stood tall and brilliant in the summer sunshine, and then he took the controls above Gary/Chicago International Airport—allowing me to take a commanding 3–0 lead in airport check-ins. 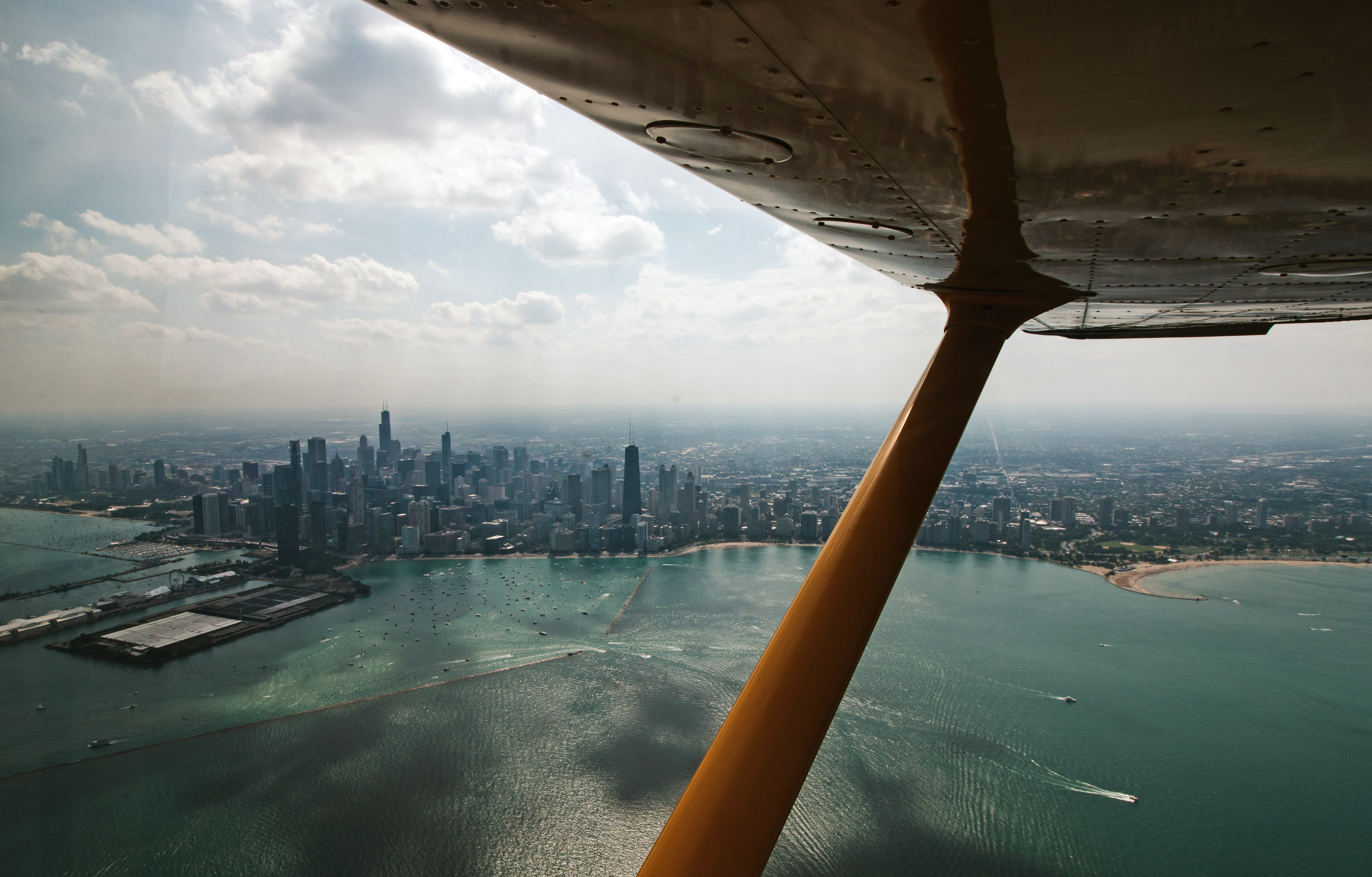 The Chicago skyline is framed by the strut and wing of a Cessna 172 after departing EAA AirVenture July 28. Photo by Kevin Cortes.

We turned hard to the east toward Ohio for our overnight destination at Cleveland’s Burke Lakefront Airport. While I experimented with aerial check-ins, Cortes logged some time behind the yoke. I noted that Indiana’s Tri-State Steuben County Airport, Crooked Lake, and Lake James seaplane bases offered amphibious aircraft pilots a convenient trifecta of check-ins all within a tight radius.

Since the Pilot Passport’s launch in April, it’s gaining momentum and popularity with nearly 30,000 airport check-ins and more than 2,100 photos shared by pilots like you. Badges have been earned in all 50 states. During the month of July, the participants with the most daily check-ins via Pilot Passport were Dragan Lazic, Christopher Verbil, Wendy Lessig, Bill Tracy, Terry Carbonell, and Myra Bugbee. They will be awarded with a $25 Hertz rental certificate and a $25 AOPA Pilot Gear certificate.

Use the Pilot Passport to check in to airports each day in August. The top three with the most daily check-ins will be awarded a $25 Hertz rental certificate and a $25 AOPA Pilot Gear certificate.

“David, can you fly about 10 degrees left for a couple of minutes?” Cortes curiously requested more than once. I later found out that he was hammering me with Instagram aerials of the airfields along our route even though I was clearly smoking him with airport check-ins.

In all seriousness, we took turns with the phone and camera gear and made sure to back each other up at the flight controls and on the radios.

Weather building to the north and into Canada scrapped our plans for some island-hopping near Port Clinton, Ohio, so we made a beeline for Cleveland instead. For pilots flying further south, the latest additions to Pilot Passport include Island Hopper badges for visits to Atlantic, Pacific, and Caribbean island airports.

A gorgeous view of Cleveland’s skyline popped into view, and I set us up for a right downwind to Burke Lakefront’s Runway 24 Right against sporty winds blasting the airfield. We were tired and hungry, so we scrambled to secure the Skyhawk after a quick snap and another airport check-in.

We were already looking forward to the nearby Rock and Roll Hall of Fame and a dinner at the Winking Lizard Tavern before the Pilot Passport check-in challenge added a good-natured rivalry and even more fun to a day filled with aviation highlights that neither of us will soon forget. 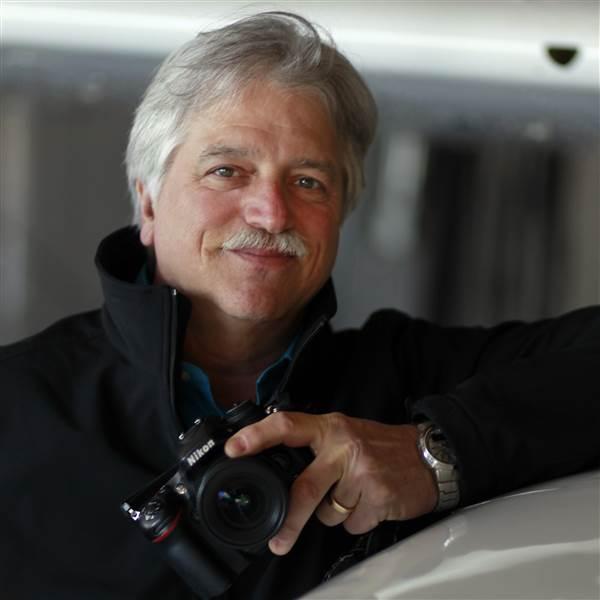 aopa
PREVIOUS STORY
NEXT STORY
LEAVE A REPLY
Your email address will not be published. Required fields are marked *
Ostavi komentar
0 Comments